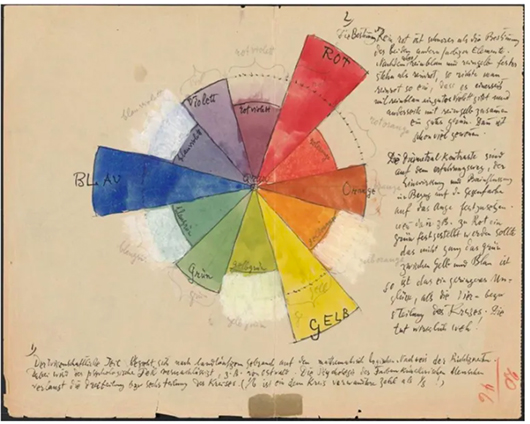 Centre for European Modernism Studies
Third International Conference 2022
Lisbon | 15-16-17 December
https://cems2022.weebly.com/call-for-papers.html
The medial and material turn have radically transformed, in the last decades, the way we perceive,  describe, and understand literary codes, their form of production and transmission, and their relations to technology and the other arts. If this statement, in a broader sense, applies to every research into the literary forms of the past and of the present, it could not be more accurate when we think about how much it impacted modernist studies as well as the definition of “modernism” itself, within both the literary and artistic field.
The focus on the media, artefacts and connection between formal and cultural context allowed us to rethink the dichotomy between mimetic and non-mimetic practices, historicist and cultural approaches, ontological and epistemological paradigms. This produced a temporal and spatial expansion of the concept, challenging the univocal definition of “modernism” as an immutable literary canon, or as a specific formal project. Instead, this shift of paradigm contributed to broadening the concept of modernism by focusing on all the different ways in which modernity presented itself, thus providing the twentieth century with several complementary and contradictory modernisms.
Research dedicated to the medial and material aspects of literary and artistic productions was able to broaden the focus of academic studies towards objects and topics previously considered “minor” or “popular”.  The role of small press, magazines, design, publicity and decorative arts, has been considered more and more prominent in the development of the historical avant-gardes. This led to understanding how artists and authors of the so-called “high arts” were in fact involved with the processes of production of the more popular forms of culture, sometimes used as the vehicle for disrupting aesthetic and political statements, but also as the means for engaging the hegemonic forces of modern progress and political propaganda.
Modernisms, in literary, visual, and performing arts, arose and produced a significant social and public impact particularly within the avant-garde movements of the beginning of the twentieth century, i.e., during a period when the world experienced one of the most radical technological and epistemological revolutions in history. Plus, the development of photography, cinema, radio and performance introduced different key factors, such as sound and movement, into the forms of production and reception, and led to approaches that underline the importance of the humans’ medial condition and the related cognitive dimensions.
At this moment – also thanks to this technological shift – arts and literature started questioning and manipulating their means of production in a more radical way than in the past, switching attention from their prominent representational role into an increasingly self-referential quest. This “oneness of purpose” served different aesthetic processes combining into the same quest all the new possibilities offered by technology and media. The importance of the media’s self-referential operations within the creative processes has been stressed in several studies devoted to exploring visual, literary and bibliographical materiality. For this reason, we would like this conference to address how both artists and writers – some of whom are late admissions into the modernist studies field – were not «concerned with the form for its own sake», but how they were  «fundamentally engaged with a persistent investigation of the process of signification» and of the  «relations between formal manipulation and content» (Drucker 1994), which opened up the referential process and consequently the hermeneutical possibilities.
Furthermore, media studies during the digital era, and the concept of the interface, raised new possibilities for describing media features and agencies. Recently, new research practices started focusing more on approaches not based on a static differentiation between technologies and symbolic work. The objects operating the articulation between matter and form are considered parts of a heterogeneous system of relations mediated by social and technological aspects of transmission, storage and procedural practices, therefore amplifying and complexifying the focus of the so-called “media’s studies”. This angle could help to develop new views into topics and works already analyzed in the past, and also into the practical and methodological aspects connected to digital remediation.Within the framework of intertwining multiple approaches to the material and medial dimensions through which modernisms have been – and are being – studied, the conference will also offer an opportunity to revisit through this angle three events whose 100th  anniversary takes place in 2022. The publication of Joyce’s Ulysses, the organization of The Week of  Modern Art in São Paulo and the premiére of the Triadisches Ballett by Oskar Schlemmer, can be in fact set as clear examples of a broader and heterogeneous «discourse of the legitimation of change» (Osborne 2013), that only much later became known as “Modernism”. Round tables with guests and experts will be dedicated to these three topics as part of the conference program.Given these premises, we welcome proposals that focus on the following topics but are not limited to:

The material and medial turn
Media theory and Philosophy
Materiality of Communication
Typography and book design
Publishing and author/artist self-publishing
Artists books and journals
Archival and librarian studies
Performance art and theory
Body and embodiment
Sound and voice in literature
Cinema and Photography
Media, intermedia, and transmedia studies
Modernisms in the digital era
The impact of technology and science in literature and visual arts
Cartography and map-making
Visual and material artistic practices
Artists’ writings
Translations and appropriations
Networking and transnational circulation of artists and art practices

All proposals will be peer-reviewed.
Acceptances will be announced in September.

CFP THE MATERIALITY OF MODERNISMS